Dual Cam Photo: Put the photographer in the picture!

Dual Cam Photo (DCP) is a camera app that captures photos using the Rear and Front cameras with a single click. One of the many possible usage scenarios for this app is explained below.
Usage Scenario: 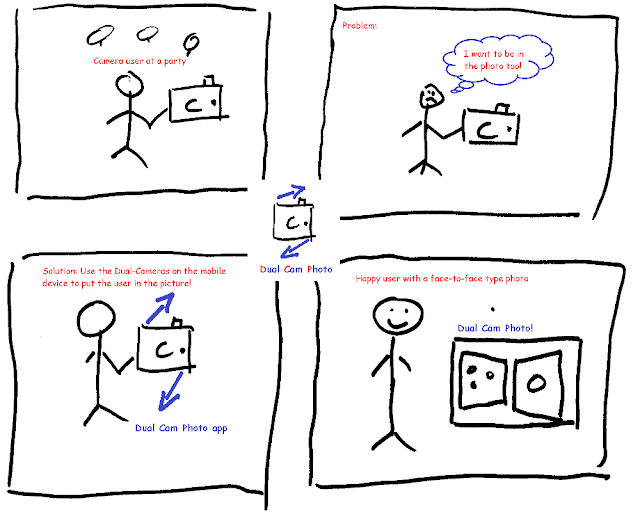 The picture below shows how a Dual Cam Photo helps photographers convey a much better story with their pictures.
The photo of my wife and me can mean "We are together" or "We are happy". The "Aloha" photo alone could mean "I love Hawaii" or "I love the artwork at the airport".
But when captured and merged with Dual Camera Photo, it presents a very complete and interesting story: "My wife and I are vacationing at Hawaii and we are excited about it".


The photographer is in the picture with his/her priceless expression at the time of capturing the photo! 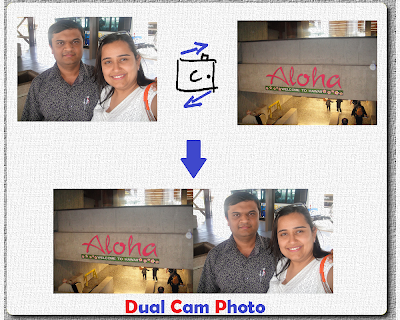 Camera Preview Screen:
The app has a main screen which shows the camera preview. Users can slide left or right to cycle between the front and rear camera previews.

When the user clicks the capture button (either on the screen or the physical camera button), DCP springs into action and performs a series of actions listed below: 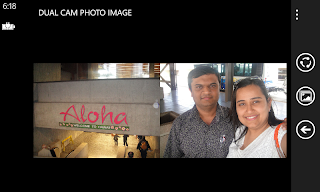 The share button on the image viewer lets the user share the photo using Windows Phone's share options. The user can also load other pictures from the Phone's picture album using the "Photos" button. 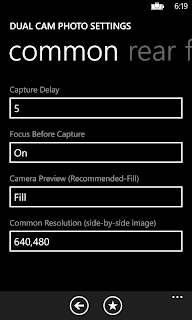 Help Screen:
The help screen provides information about all buttons and each setting configurable in the settings screen.

Privacy:
Dual Cam Photo works with the minimum set of rights and permission required for it to work. DCP does not need access to the user's location data or any other personal information such as social media accounts because it uses Windows Phone's built-in sharing options. Using Windows Phone's "Tasks" for these purposes prevents DCP from having any access to the user's personal information and creates a very safe and trust-worthy experience for the user.


Have fun and start changing the way the world captures photographs by putting the photographer in the picture and let your photos convey a more complete story!

For updated information about the app, visit Dual Cam Photo for Windows Phone 8

Here's a description of Dual Camera Photo on the Radio:


The app is available on the Windows Phone Store: 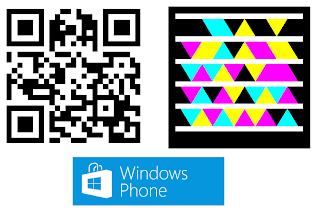